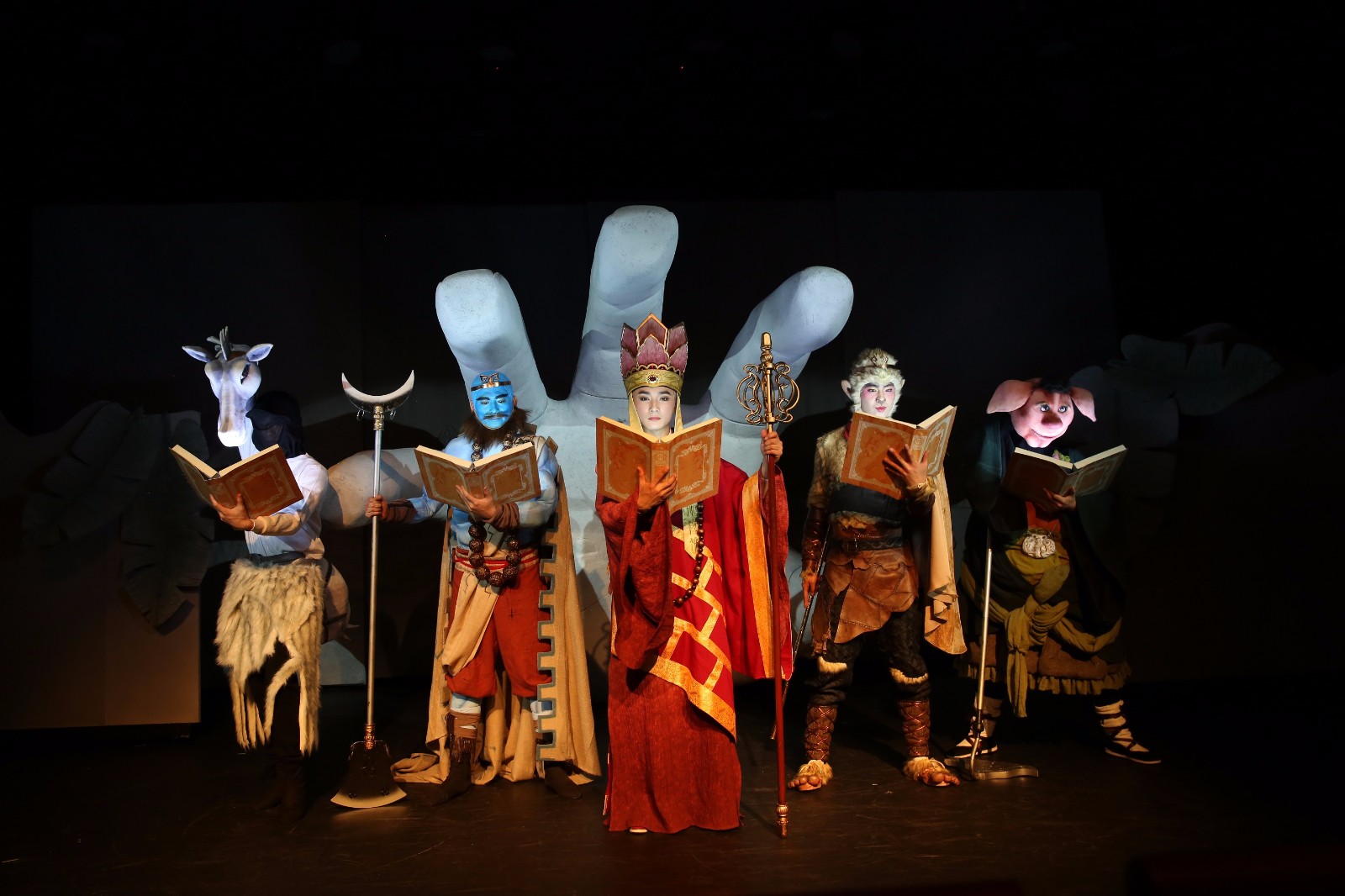 Puppet show Journey to the West debuts at the China National Theatre for Children in Beijing on Jan 30, 2017.

With a few monkey puppets joining the auditorium to play with the audiences, the puppet show Journey to the West has recently been unveiled at the China National Theatre for Children in Beijing.

Many well-known stories from Chinese literary classic Journey to the West are included in the show. The new show is a joint production between Chinese Romanian artists is co-directed by Mao Ernan from China Romania's Calin Mocanu.

Child audiences who missed the play during the Spring Festival may have another chance to catch a performance at the theatre on Feb 11, 12, 18 or 19.

Yin Xiaodong, President of the China National Theatre for Children, added the theatre hopes the play would entertain children not only in China but all over the world.