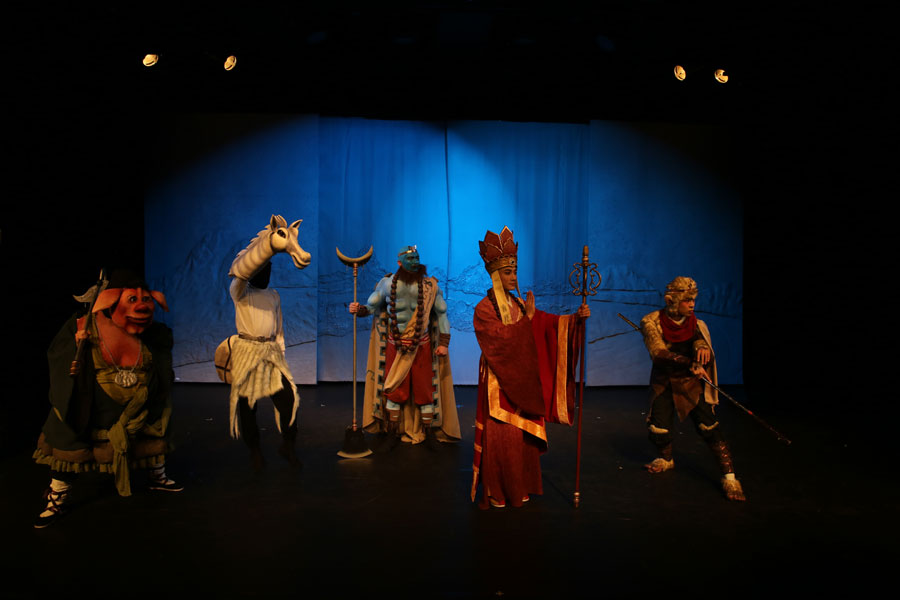 A 15-minute long rehearsal of Journey to the West takes place at the China National Theatre for Children in Beijing on Friday, Jan 19, 2017.[Photo: CRIENGLISH.com]

Chinese Romanian artists will cooperate to stage a puppet show, 'Journey to the West' during the upcoming Spring Festival in Beijing.

The show is based on a classic Chinese tale of the pilgrimage of Xuanzang, a monk from the Tang dynasty, who went to India to obtain sacred Buddhist texts. His companions on the epic journey include Sun Wukong, Zhu Wuneng Sha Wujing. He is also joined by a white horse who is actually a dragon prince.

The puppet show has two directors, Mao Ernan from China C?lin Mocanu from Romania. Mao Ernan reveals details of the upcoming play.
"The play involves both real human actors puppets. In my opinion, it's an advanced practice when some actors would stretch out inside a puppet while others wouldn't."

Yin Xiaodong is President of the China National Theatre for Children. He explains why the theatre decided to join hands with the Romanian artists.
"Our decision to cooperate with Romanian artists is based on our hope that the classics 'Journey to the West' would go far beyond China reach more countries."

The show "Journey to the West", adapted from one of the Four Great Classical Novels of Chinese literature, will be presented to audiences in Beijing on Jan 30, the third day of the lunar new year.