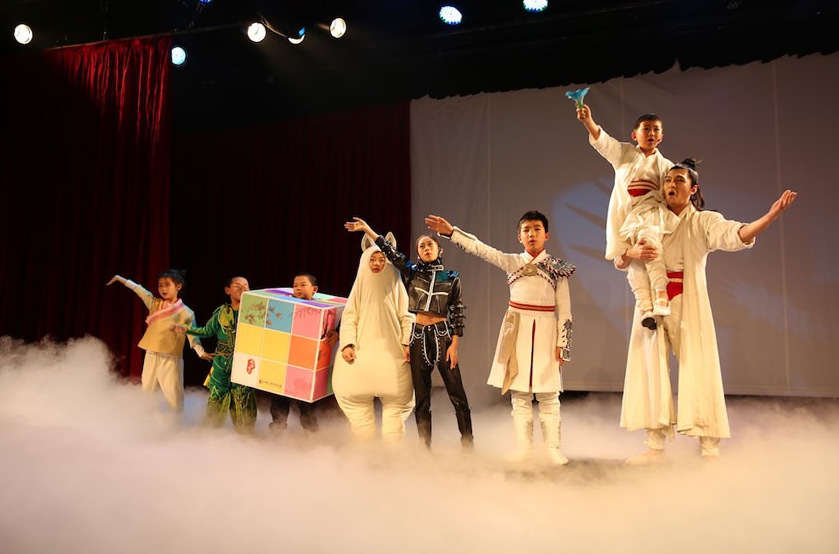 A performance on Dec 31, 2016 celebrated the launch of the Little Spokespeople for Drama program in the China National Theatre for Children in Beijing. The program not only enables young audiences to showcase their artistic abilities but is also seen as an innovative way to celebrate the New Year.

The China National Theatre for Children has launched a program that allows its young audience members to become spokespeople for their favorite plays.

A total of 29 such young spokespeople were standing on the theatre's stage on New Year's Eve, performing with the lead characters of their favorite shows.

Luan Xi, who portrays the title character Sara in the theatre's new musical A Little Princess, performed a theme song of the musical along with its new spokesperson Yang Mianmian.

The theatre says nearly three million children their parents have applied to participate in the campaign, in hopes of an opportunity to represent their favorite shows.

Yin Xiaodong, head of the theatre, said the new program reflects the importance of theatre in helping encourage the growth of self-esteem sound values in children.

Pictures of nominees for 'Little Spokespersons for the drama' program, are shown before a celebration party held for the new year in the China National Theatre for Children in Beijing on Dec 31, 2016.