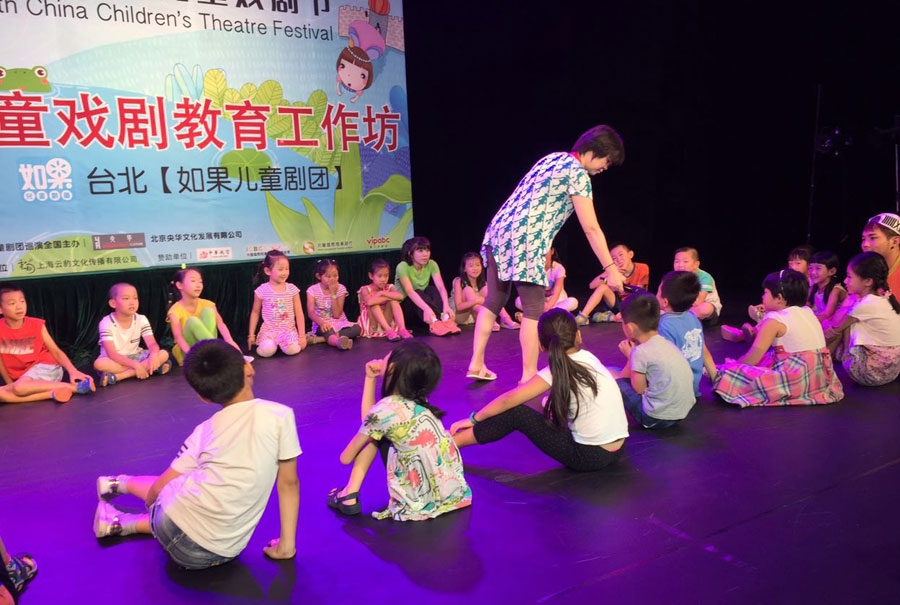 The Taipei If Kids Theatre Company is coming to Beijing with their new show, The Light Princess, for local young audiences this coming weekend, on August 20th and 21st.

Zhao Ziqiang is the head of the Taipei If Kids Theater.

"As I considered the ways to show a state of being light and easy to float, I got to know a balloon expert in Taiwan, who is the champion of an international balloon contest held in Italy in 2012. He helped me in setting up this stage for The Light Princess, by using balloons to showcase a sense of lightness. This is also our first collaboration."

The Light Princess is a Scottish fairy tale by George MacDonald. It was first published in 1864.

It tells the story of a princess afflicted by a constant weightlessness, a condition that makes it difficult to get her feet on the ground, until she finds a love that brings her down to earth.

When the Light Princess debuted in Taipei in 2003, it was generally well-received with all tickets sold out within three hours. It also won the golden drama award at the Taipei Children's Art Festival.

Before The Light Princess lands on the stage of the China National Theatre for Children, a relevant drama workshop was arranged giving some interested children basic voice training.

Both the workshop and upcoming performances mark the Taipei If Kids Theatre's fifth participation in the annual Chinese children's theatre festival, which is scheduled to close on August 25th.