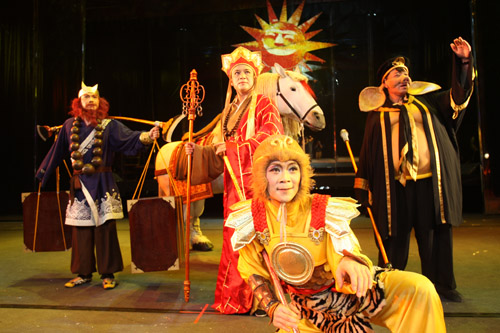 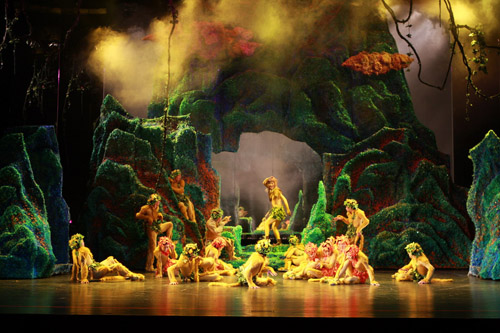 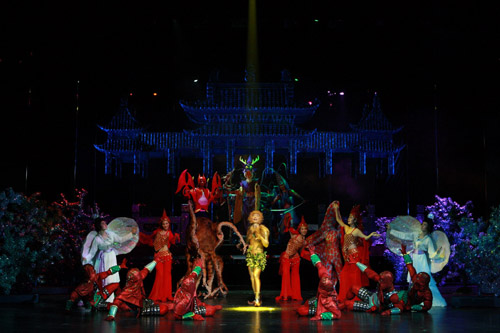 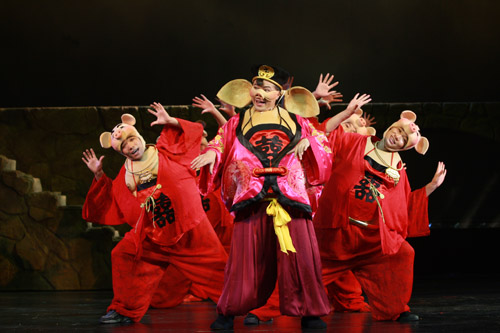 Monk Tang passed by the Five Elements Mountain on his pilgrimage journey to the west. Monk Tang helped the Monkey King out the Monkey King began to escort him to go to the west for Buddhist scriptures. Then the two arrived at Village Gao where they managed to help the GrGao to rescue Miss Gao Cuilan Monk Tang received Pigsy as his disciple. Then, the his disciples came to the River of Sand. The overwhelming yellow sandstorms blocked their way. Realizing that he could not realized his mission, Monk Tang could not help bursting into tears. At that point, Sandy appeared in the river, volunteered to become Monk Tang's disciple, put down the yellow sandstorm by his magic. Sandy led them to tide over the river safe sound. Since then, pulling the White Dragon Horse, the disciples embarked on their long journey to the west, which was danger-ridden blocked by evils demons.

This play is adapted from Journey to the West, one of the four greatest novels of Chinese classical literature. It is the first stage series on the stage of Chinese drama child play.

The stage presentation of this play integrates music, dance, kung fu lines into a whole. Combining singing, chanting, acting, acrobatic fighting can be described as complete in every line. It is a brand-new type of myth play which creates a novel dreamlike mood. The play is not only pleasurable for young children to watch, but also able to meet the aesthetic needs of the parents bringing their children to the theatre.

It also contains hip-pop designed in accordance to movements of a monkey raps with strong sence of tempo. In this way, Monkey King's free personality, his love of freedom his omnipotence are depicted vividly. This drama has been elected as "State-level Fine Stage Arts with Government Funds, 2009-2010". It won Award of National Theatre Culture Gold Lion for Children's Drama (2007-2010).