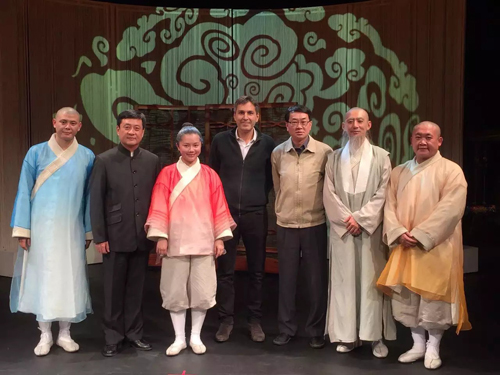 As the 1st part of “Eye on China”Theatrical Festival co-held by the China Culture Center in Paris and the Theatre de la Ville de Paris, the crew of Three Monks, from November 10 to 14, successfully completed 9 consecutive shows. It is the 1st time to stage so many shows in one theatre of a city. 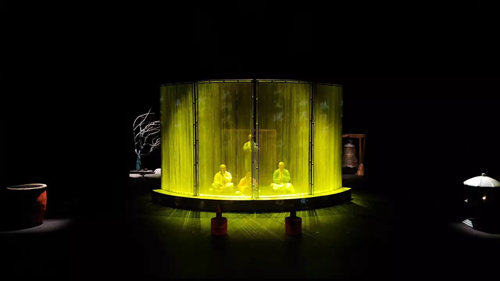 After the performance, on behalf of China&rsquo;s National Theatre for Children (CNTC), President Yin Xiaodong expressed his thanks to Theatre de la Ville de Paris to make the performance succeed in Paris, which delivered the value of China---solidarity and mutual support. The General Manager of Theatre de la Ville de Paris extended his congratulations to the successful premiere of Three Monks, and highly commended the world-class artistic performance. 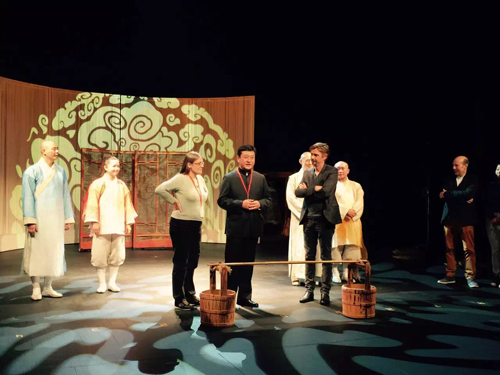 As the second part of this Theatrical Festival, the “Dramaland&mdash;China National Theatre for Children” Exhibition had its display for 8 days. The exhibition was full of interactivities and kids games, through which it gave an opportunity for French children to touch the excellent Chinese children dramas. 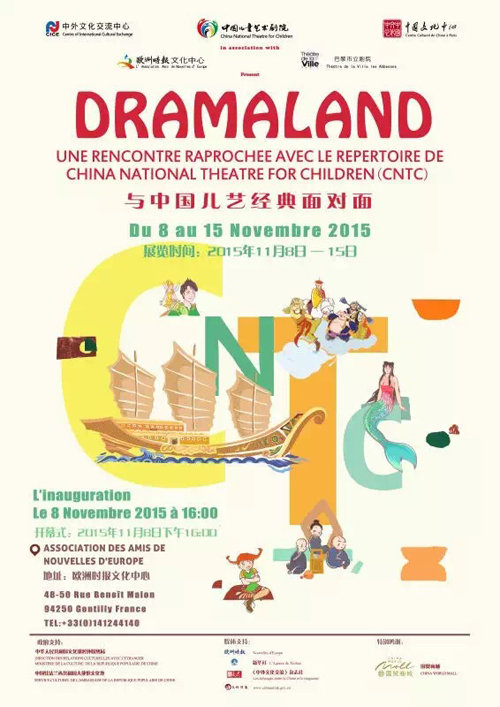 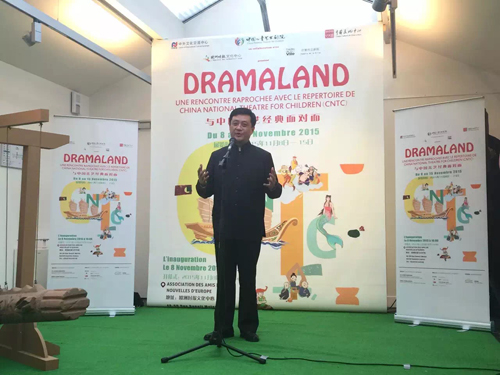 At the opening ceremony, the actress of Three Monks Tang Yan hit the bell with Michael CHASE, the executive chief of the TheatredelaVillede Paris, marking the beginning of the exhibition. In addition, actors also showed somewonderful segments to French audience, raising more interests and expectations for the performance of Three Monks. 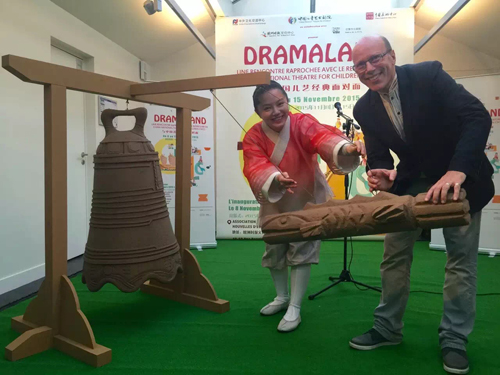 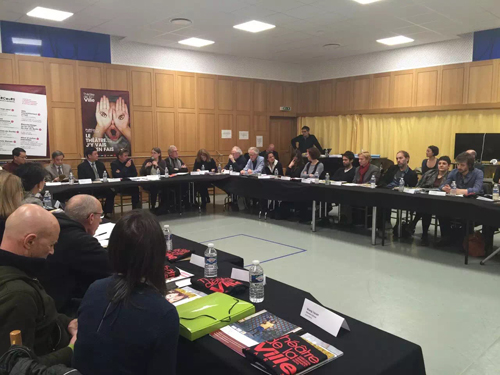 During the seminar, President Yin Xiaodong introduced the CNTC, the China Children Theatre Festival, and the exchange programs between China and France. He also emphasized that the young generation was the future of our world, so it was important to lead them to feel art and enjoy the beauty of the world. All artists, educators and officials expressed their highly attentions on children&rsquo;s dramas and hoped to have more communication and cooperation between China and France in the field of Children&rsquo;s theatre. 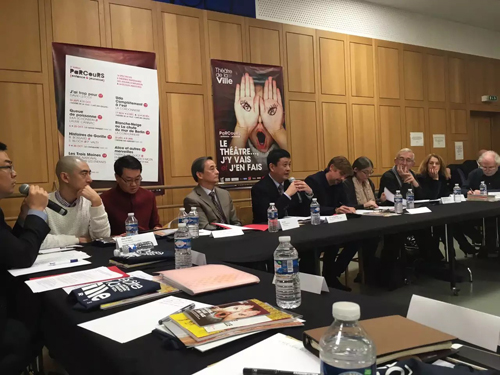