On October 28, the CEO of Victoria Arts Centre Clarie Spencer, the former President of then Melbourne International Art Festival, and the former Chairman of the Board of the Victoria Arts Centre, Carrillo Gantner and his wife Ziyin Wang visited the China National Theatre of Children (CNTC). The president Yin Xiaodong and Vice President Yang Fan gave a warm welcome to their visit, and reached an initial agreement on future cooperation. 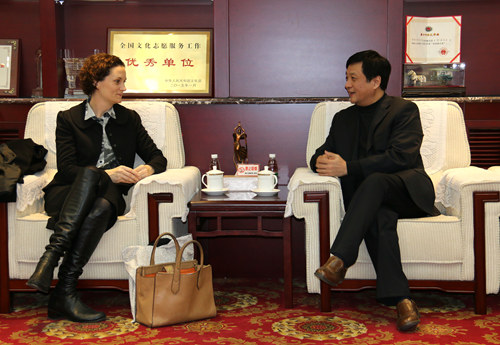 After Ms. Spencer&rsquo;s introduction of the development of Victoria Arts Centre, Mr.Yin Xiaodong said the co-production of Dragon Child initiated the start of jointly producing of children drama. After that, the CNTC cooperated with the artists from Korea, Japan and Sweden to produce new dramas, e.g. series drama Chan-Chan-Change, Pippi Long stocking etc. Both hoped that they could have further cooperation and could identify new topics to produce more classic dramas. 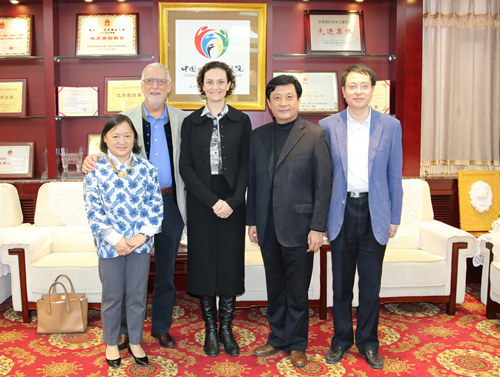