On October 13, 2015, the founder and the vice-president of Conf&eacute;rence internationale des arts de la sc&egrave;ne (International Exchange for the Performing Arts, CINARS) of Canada, Mr. Alain Par&eacute; and Program Assistant Ms.Gao Fei visited the China National Theatre for Children (CNTC), and talked with Mr. Yang Fan, the Vice President of CNTC on future communication and cooperation between CNTC and CINARS. 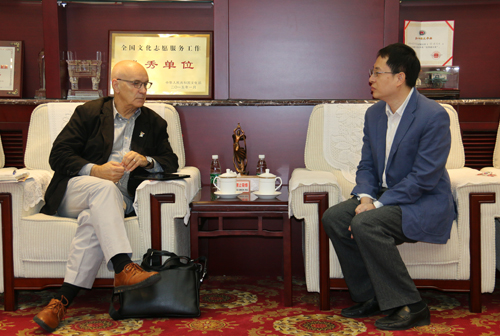 At First, Mr. Yang introduced the repertoire, as well as the performing and exchange situation, expressing hopes to further expand bilateral cooperation. At the same time, Mr. Yang provided information of the 5th China&rsquo;s Children Theatre Festival, looking forward to having more drama exchanges and recommendations for artistic activities for both countries.
Mr. Alain Par&eacute; thought it was a great honor to establish friendly relationship with CNTC. He introduced the situation of CINARS, which had been devoting to promote performing art overseas. For many years, CINARS had been gradually opening up Chinese market and expected for more dramas which could bring to Canada and US. He thought The CNTC has abundant excellent children dramas, which is a big advantage. In addition, Mr. Alain Par&eacute; also introduced the North America International Performing Arts for Youth (IPAY) of in Montreal from January 26 to 30, and the annual activities of CINARS in from November 14 to 19, welcoming CNTC&rsquo;s participation. 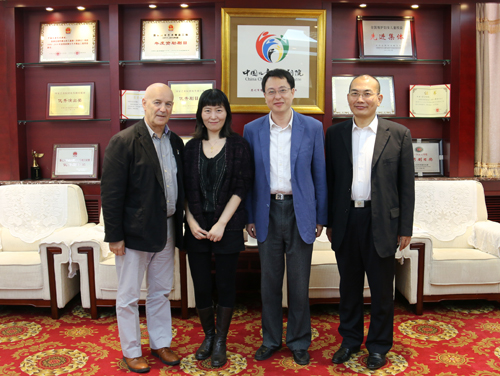 CINARS and CNTC said, as the increasing closer relationship on communication, both side could sign strategic cooperative agreements to further expand cooperation in performing exchange, joint creation and professional training.