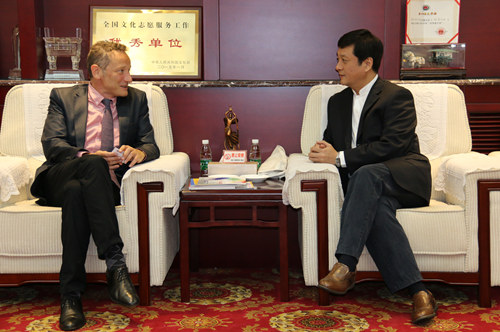 On September 29th 2015, the French Cutrual Counselor came to The China National Theater for Children（CNTC）, deeply discussed with President Yin Xiaodong on the cooperation of children&rsquo;s dramas.
Mr. Yin Xiaodong firstly introduced creative dramas, performance and other related situation of CNTC, and then introduced the exchange achievements between the Paris Cities Theatre and CNTC. He said , both China and France have a long history and profound cultural heritage. The artists, especially the artists of children&rsquo;s drama, should strengthen their communication and learn from each other. It play a significant role to promot the cultural comunication and integration. We hope the French Embassy could build a comunication platform for more cooperation between China&rsquo;a children&rsquo;s art and world-class French artists. 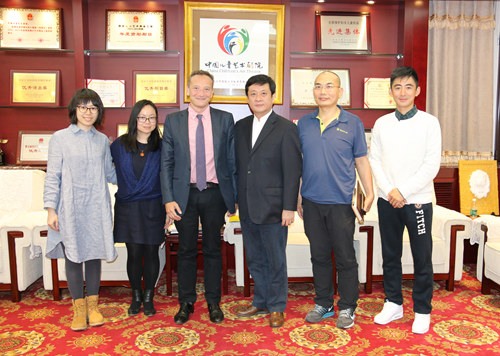 Mr. Yinaiodong invited Mr.Robert Lacombe to attand the 60th Anniversary of CNTC, and looked forward to meeting in Paris in Novembet to futher discuss the communication and cooperation bilaterally on children&rsquo;s drama. Mr. Lacombe deliver ed great thanks to presdent Yin Xiaodong, expressing their vision to provide more outstanding French children dramas to CNTC and the China Children&rsquo;s Theater Festival.