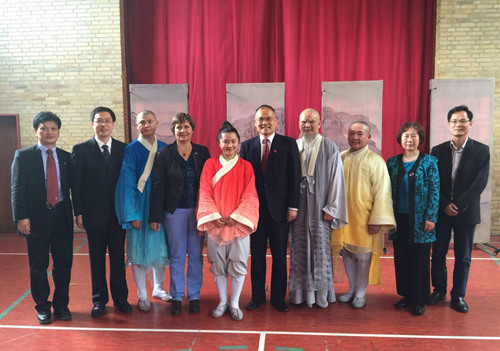 President of Niels Middle School and

From May 20 to June 2 2015, group of Three Monks, leaded by Mr. Yang Fan, Vice President of China National Theatre for Children, went to Finland, Denmark and Germany etc. 3 European countries to had performances and communicated with the artists. They were invited by Finland KUULAS Children&rsquo;s Festival, Copenhagen Chinese Cultural Centre in Denmark and Westwind Festival of Dusseldorf. During the two festivals in Finland and Germany, group of CNTC is the only group coming from Asia.

This is the first time that CNTC group travelled around Europe, and this cultural exchange event was also supported by Chinese Embassy of Finland, of Denmark and of Germany. Locoal people including theatre experts loved their shows very much. 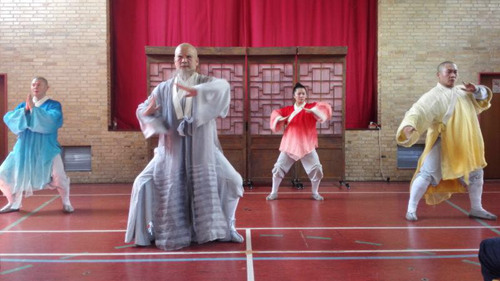 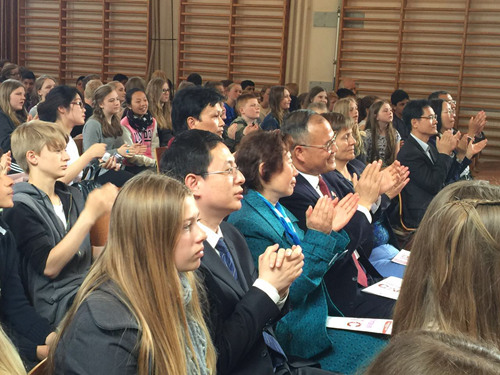 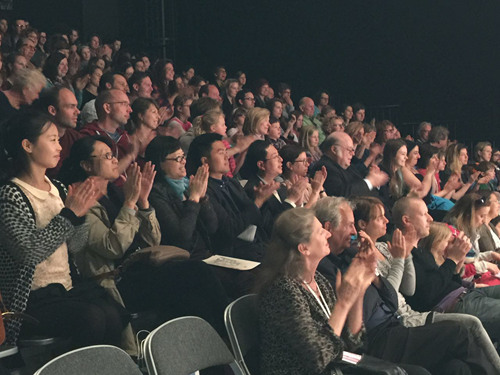 Audiences Enjoyed The Show Very Much

Mr. Manfred Beilharz, honourary president of Internatioanl Theatre Association said, this is a very good production tells a traditional Chinese story, not noly has great theme, but also has great form of performance, which I like very much.

Mr. Johan Storg&aring;rd, President of Finland National Swedish Theatre thanked Chinese artists for their coming, this show provided an opportunity for the audiences in Finland to know much more about Chinese culture.

Mr. Yin Xiaodong, president of CNTC said, Three Monks&rsquo;s journey to the Europe will be an essential beginning for internatioanl cultural exchange of the theatre. He hopes that the theatre will search for more opportunities to communicate and cooperate with international countries in the future.