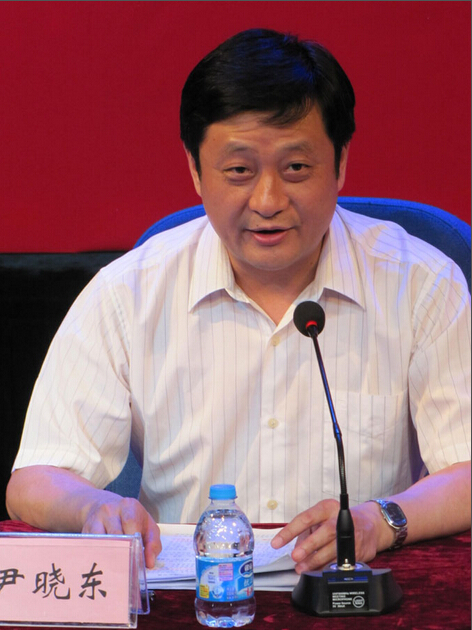 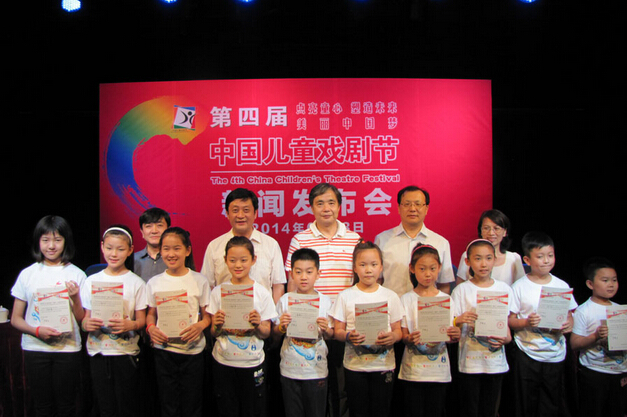 A press conference on the forthcoming Fourth China Children's Theater Festival is held in Beijing on July 13th, 2014.

The Fourth China Children's Theater Festival has been announced to kick off next month in Beijing.

Twenty-one theaters in China, the US, Sweden and Spain will present 42 performances to young audiences.

Besides Beijing, stage plays will be hosted in a number of Chinese cities, including Tianjin, Langfang, Luo Yang, Xi'an, Xuzhou, Chengdu, Shenzhen and Zhongshan.

Experts of children's theater, together with guests from the International Association of Theatre for Children and Young People (for short: ASSITEJ; French: Association Internationale du Theatre de l'Enfance et la Jeunesse) will attend the opening ceremony of the festival and seminars held during the festival.

Classic children's plays like "Malan Flower" will be shown at the festival. Ticket prices are around 90 yuan each. Many children of migrant workers, low income families and children with disabilities will be invited to see performances free of charge. 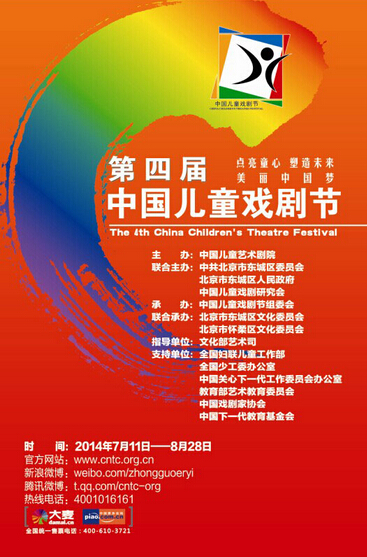