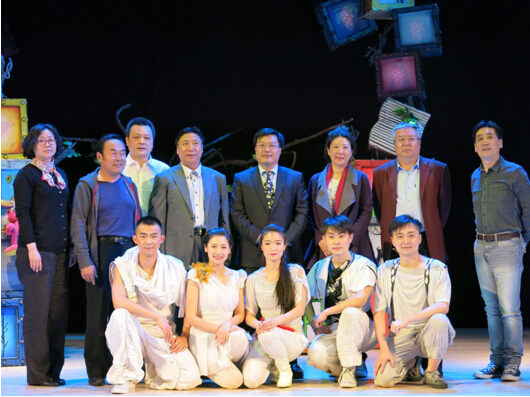 Delegated by Ministry of Culture, and invited by Ulan Bator China Culture Center, from June 2nd to June 6th, China National Theatre for Children went to Capital of Mongolia, Ulan Bator to make drama performance and culture exchange activities. Under the leadership of Vice President, Aesop's Fables group with 16 people had made three shows there, gave all the local audience a profound and beautiful memory.

On the occasion of the 65th anniversary of the establishment of diplomatic ties between China and Mongolia, as well as the 20th anniversary since the two countries signed a treaty on friendly cooperation, China and Mongolia established the Anniversary Scheme of China-Mongolia Friendly Exchange Year. As one of the anniversary activities, China National Theatre attached great importance to the exchange performances. Every member of the performance group made efforts to make sure the complete success of the first trip to Mongolia.

Aesop's Fables performance also attracted high attention of local media. The mainstream newspaper of Mongolia Today made a full page report of China children"s drama first staging in Mongolia. Vice President, Ms Feng Li said: "As the first exchange activity of the 65th anniversary of the establishment of diplomatic ties between China and Mongolia,  China National Theatre for Children wants to show the world familiar classic stories which performed by our unique style to the Mongolian audiences. On the occasion of International Children"s Day, represented by all the children in China, our drama show will be a very special and memorable present to them." 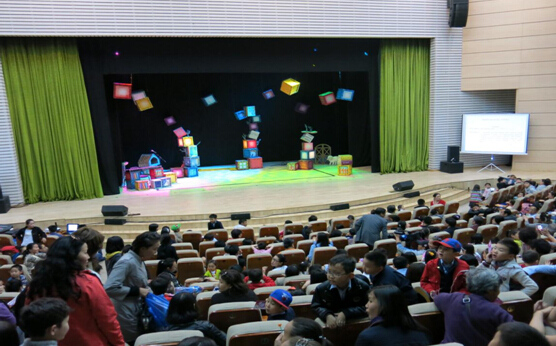 Mr. Wei Hongsheng, the cultural counselor in Chinese Embassy in Mongolia as well as Director of Ulan Bator China Culture Center, together with Mr. Chang Wanlong, First Secretary, and Mr. Khasbagan, Deputy Director of Culture Center came to watch the first show. They all gave high evaluation of the performance. Mr. Chang Wanlong said:"thank you very much for bringing such a great art influential work to Mongolia, thank you very much to make such a wonderful drama for Mongolian Children. Your exchange activity promoted the international communication and cooperation between the two countries, and made a good start for the 65th anniversary friendly exchange activities."

The Cultural Counselor, Mr. Wei Hongsheng said that as cultural ambassador, China National Theatre has left good memories for the young generation of Mongolia. The friendship between China and Mongolia will last forever.

The great success of China National Theatres for Childrens debuts in Mongolia fully displayed the art quality and humanistic spirit of China national troupe. It effectively spread Chinese culture, and composed a new epic of both culture exchange and unity friendship between China-Mongolia.