“I have heard the proverb from Three Monks, but not that impressive until I saw this performance, the wisdom inside Chinese traditional culture is so great!” A young Macanese audience said. 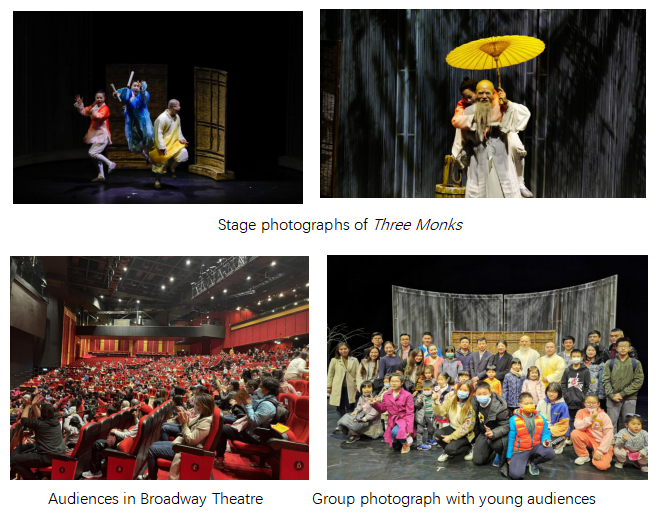 Through the sixty-five years history, it has been the first time for CNTC to step into Macau, five splendid performances were brought to over 5,000 Macanese audiences from 15th to 17th in Broadway Theatre.

As a physical theatre without language, Three Monks has only sixteen Chinese words. Four different characters are deeply loved by audiences. It was not hard to see that children about two or three years old were highly concentrated on the stage. The onomatopoeia said by actors were also imitated by little audiences unconsciously. For adult audiences, it seems that they were trying to think & 'taste' the philosophy reflected in the storyline.

Three Monks, whose footprints are across twenty countries, thirty-one cities (towns) on five continents, has delighted & enlightened the young; has brought special experiences & new thoughts to the adult.

There was also a 'Join a group with friends nearby' section after each performance. The Wechat APP platform created by director, Mr. Mao Ernan, has enabled audiences to express their feelings & appreciations in a direct way. Many of them strongly hope to watch more splendid performances produced by CNTC in the future.

As part of the 'Tour Season', on January 14th, Ms. Feng Li was invited by City University of Macau to hold a lecture & communicate with university students with the theme of Contemporary Chinese children's Theatre. 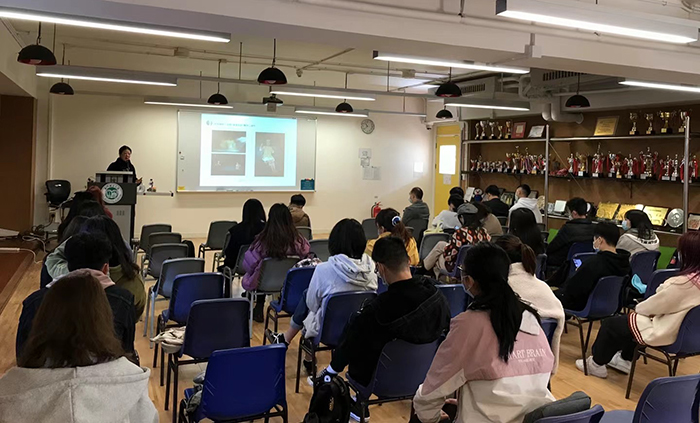 Lecture at City University of Macau

"'All for Children' is what we always do. " Said by Ms. Feng, "The creation of Children's theatre needs to be heartful to guide the young grow up healthily & happily, to enlighten the young from different age groups, through the aesthetic experiences to know the world, then to be a better self."

The students seem to be very interested in the contents since they exchanged ideas & questions a lot. By the end, Ms. Feng handed out guidebooks called Beauty of China---Poems & Dreams to university students. She warmly welcomes students to visit China's Mainland, Beijing & China National Theatre for Children.

Macanese students appeared to be highly interested in Three Monks' progress of creation, ways of art expression & ideological contents. Especially the music & performance style arose them to know the elements inside Chinese culture from a different way. 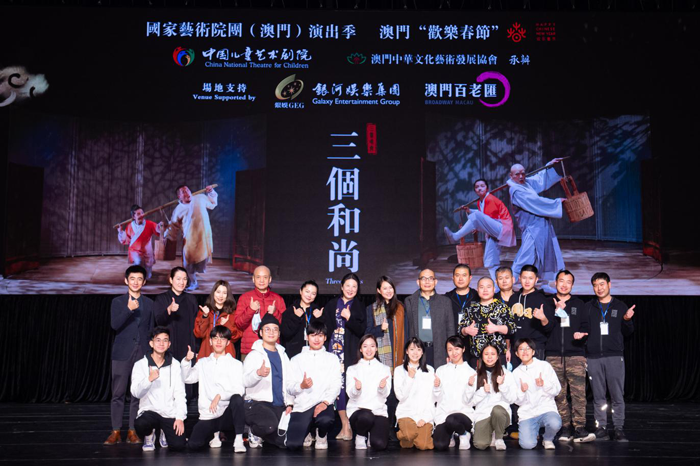 “In Macau, it is such a fortune to watch splendid performance produced by national art troupe & even have the opportunity to communicate with artists from China's Mainland", students said: "In Macau, we seldom have chances to access a theatre production which possesses both Chinese traditional culture & wisdom. We do hope to be proficient in Chinese culture & produce more spiritual performances.”