During meeting the People 's Republic of China's 70st birthday,approved by the Ministry of Culture and Tourism, from September 19 to 27, 2019,  Three Monks which is co-sponsored by the Chinese Foreign Cultural Exchange Center of the Ministry of Culture Tourism, the Swedish Cultural Center and China National Theatre for Children, were successfully held at Stockholm Falkoping during toured in Sweden.

Three Monks is an excellent production a of the Chinese Children's Art Theatre. Its performance has been spread across five continents for five years. Sweden is the 18th country visited by the show. It performed 4 times in Sweden at this time, the venue was full received rave reviews. 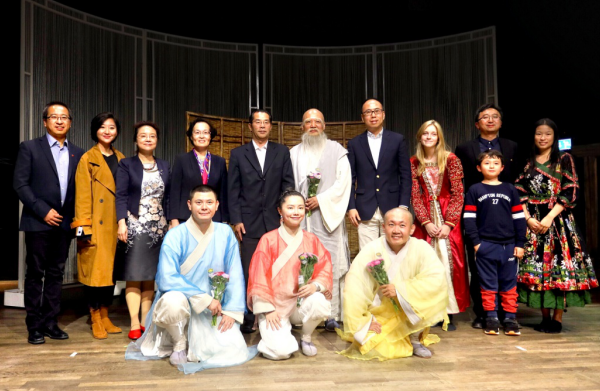 The Ambassador Gui Congyou took photos with the performers 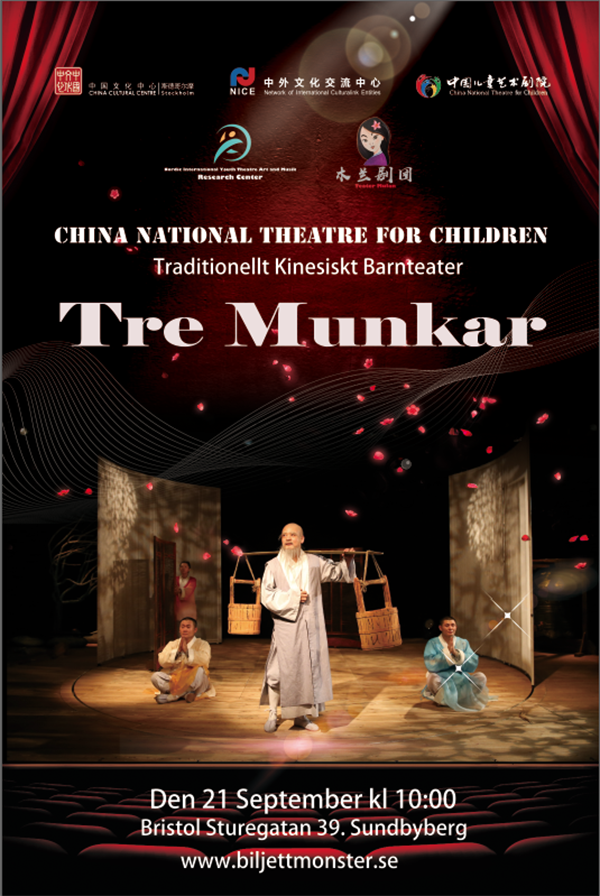 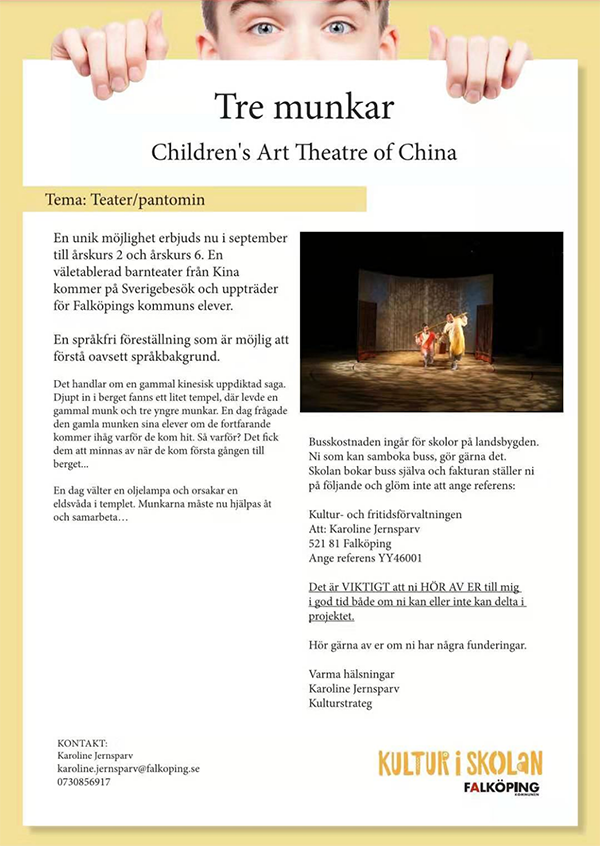 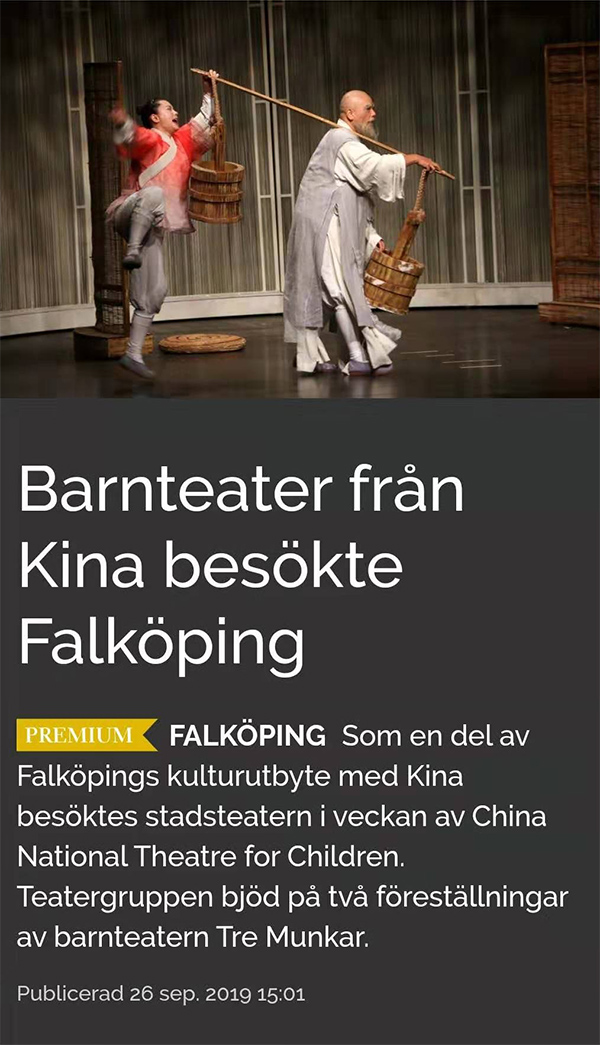 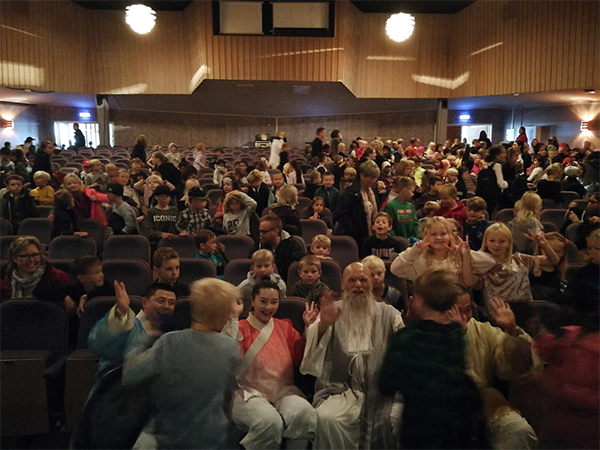 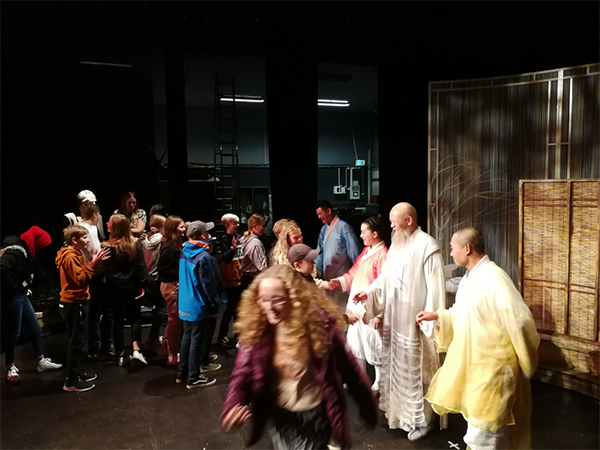 Swedish students scramble to take photos with the performers 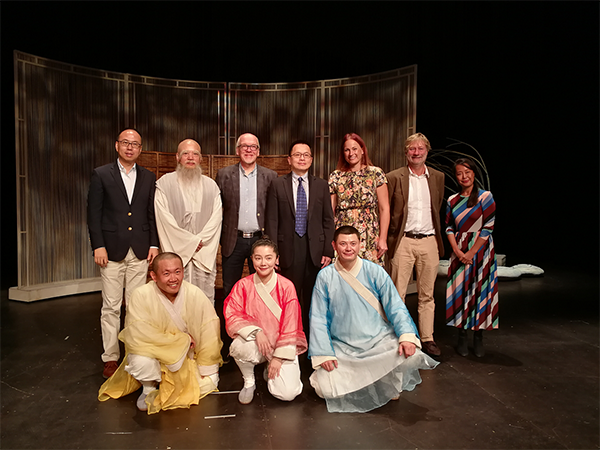 The consul general Gu Hui took photos with the performers 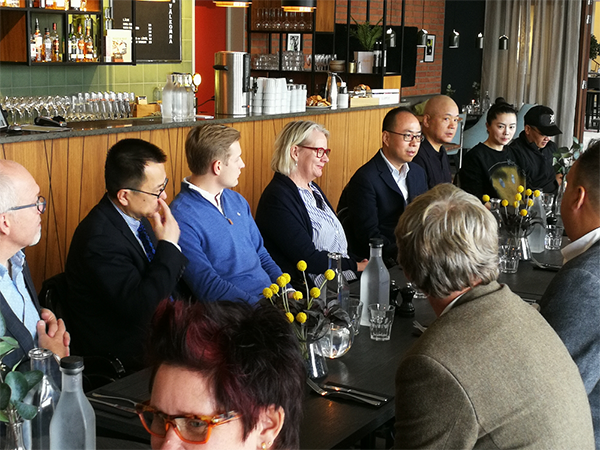