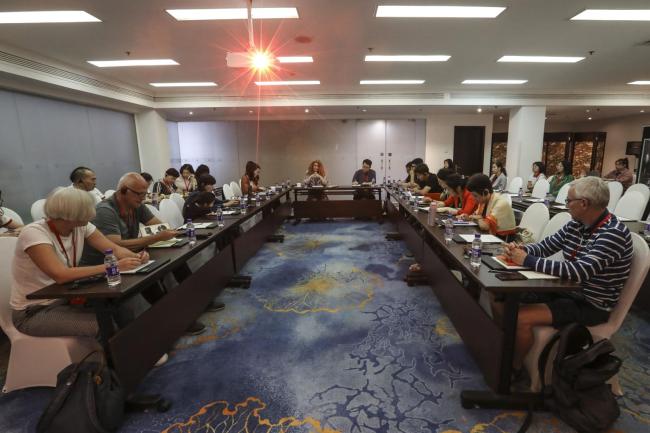 More than 70 theater producers from China abroad recently gathered in Beijing on Tuesday, July 9, 2019, to discuss issues including how to increase city-to-city country-to-country cooperation by theater festivals. [Photo provided to China Plus]

"We have little knowledge about the drama festivals in Europe, such as when they're held, what the highlights are, what the most innovative parts of the event are," said Yang Fan, the deputy president of the China National Theater for Children. He hopes that a cooperation mechanism can be put in place that will foster closer cooperation with European counterparts.

Yang Fan made his remarks during a discussion at the recently-concluded International Children's Theater Cooperation Development Forum. He said that his theater has established one-on-one exchange mechanism with theaters in countries including Romania, Denmark, Finland, Russia.

"China, South Korea, Japan have even gone a step further, enabling our dramas to be performed in each other's countries," said Yang. Under the strategic cooperation agreement, the three countries are discussing new forms of cooperation, like how to produce dramas together. This collaboration was inspired by some the cooperation mechanisms in place between theaters in Europe in other regions.

"However, the impact of these forms of cooperation is limited," added Yang. "We should sit down consider expanding the coverage of the cooperation, involving more countries into an information-sharing platform".

"I can tell you that in the past, if we discussed China, we used to focus on the business perspective or tourism perspective," said Narcisa Mocanu, the president of the European Cultural Center for Education Through Art Culture. "Now, Chinese people are frequent visitors to many world-famous theater festivals music festivals. I've found they are looking for outstanding shows invite them to perform in China each year. So it's the right moment to build a sustainable cooperation mechanism."

More than 70 theater producers from China abroad recently gathered in Beijing to discuss issues including how to increased city-to-city country-to-country cooperation by theater festivals. The result of the talks was a consensus that work should be done to prepare for the establishment of an international children's theater alliance. 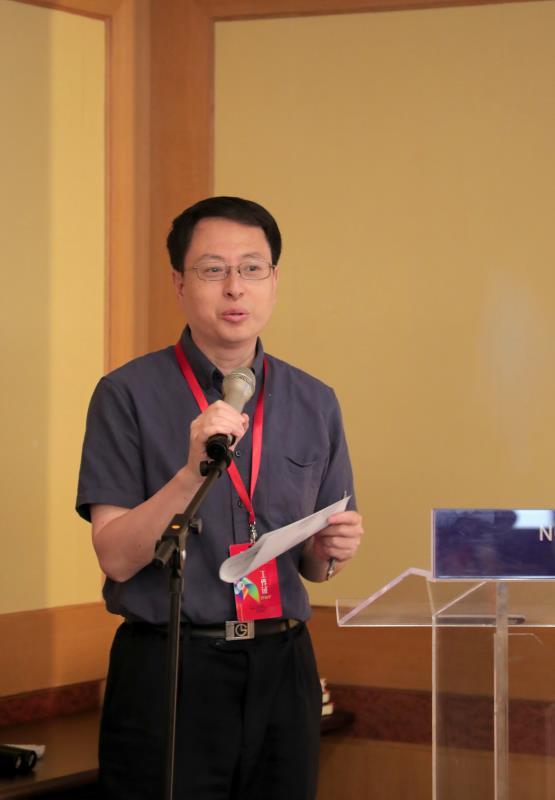 Yang Fan, the vice president of the China National Theater for Children, speaks at a forum on international cooperation on children's dramas in Beijing on Tuesday, July 9, 2019. [Photo provided to China Plus]