The national director of ASSITEJ SA the President of ASSITEJ International, Yvette Hardie, has been awarded a prestigious international award.

Hardie received the Mickey Miners Award in New York, USA last week (17 January). The annual award is the highest accolade presented by the International Performing Arts for Youth (IPAY), to pay tribute to a person who has made a significant impact over an extended period of time to the field of performing arts for youth.

IPAY is a USA-based organisation that aims to nurture, support exptheatre for young audiences change the lives of young people through excellence in the performing arts. ASSITEJ (the International Association for Theatre for Children Young People) South Africa is an NPO which operates as a networking platform in the country for people working with or interested in theatre for children young people.

“Yvette speaks with great power warmth around the world on the vital place of theatre for children youth in all our lives, on the benefits of theatre for young audiences, the rights of the child to the arts culture the impact of theatre for young audiences as an art form its influence on the wider industry. We have witnessed her clarity commitment, her sensitivity to cultural demands challenges that create barriers to this practice. She knows how to work in difficult political social situations, how to open doors and, vitally, how to make new doors for people to open… Despite our diverse visions goals, our different needs markets, our focus on different audiences, all of us need advocates who never give up; advocates of the stature of Yvette Hardie.”

“I am immensely honoured to receive this award from the esteemed community at IPAY will continue to build support funding for ASSITEJ SA’s work in every way I can,” says Hardie. “I am inspired on a daily basis by my colleagues, the artists the volunteers that work tirelessly to create much-needed opportunities for disadvantaged children young people in the challenging South African arts environment, in turn inspire empathy, creativity hope, as well as a passion for the performing arts.”

In 2017, ASSITEJ SA hosted Cradle of Creativity: The 19th ASSITEJ World Congress International Theatre Festival for Children Young People which comprised a festival, a conference a world congress. This event was the first of its kind on the African continent. Sixty-three productions from 32 countries were presented seen by 21000 attendees, including 7850 sponsored schoolchildren nearly 1400 delegates from 78 countries. Due to the success of this event, ASSITEJ SA will host Cradle of Creativity as a new international festival of theatre for young audiences to take place for the first time in August 2019 in Cape Town. Thereafter it will rotate every two years to a different part of South Africa.

I am immensely honoured to receive this award from the esteemed community at IPAY will continue to build support funding for ASSITEJ SA’s work in every way I can.Yvette Hardie

Theatre4Youth is ASSITEJ SA’s ongoing programme to connect theatre to schools crèches, its #Takeachildtothetheatre campaign sees children receive funding for transport or subsidies to experience live theatre, many of them for the first time. Theatre4Youth reached 39 497beneficiaries in the last financial year. This ongoing focus on access resulted in ASSITEJ South Africa being awarded the prestigious Executive Director’s Award at the 2013 Naledis, for making a significant contribution to the advancement development of SA theatre through their vision commitment to developing theatre for children young people across the country.

Other programmes include the Kickstarter Creative Arts Empowerment programme, sponsored by RMerchant Bank, which trains supports Creative Arts teachers in three provinces, which has also been the recipient of a BASA award. Another initiative is a partnership with the Western Cape Government to rollout a skills development programme to support After School arts coaches across the province to create vibrant community-based networks for the arts, to benefit children young people on the ground. 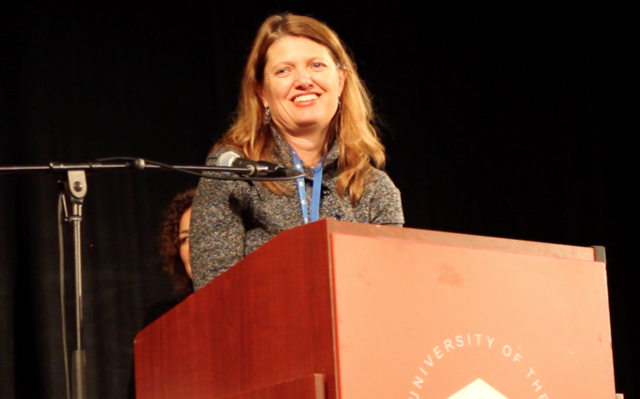