Wishing that many more children young people (and perhaps many more adults) could have free access to art culture, is a desire that belongs to all countries, because Educational Poverty belongs to all different societies, even the richest ones.

Educational poverty means children young people that don’t have access to the theatre or to concerts, museums, exhibitions, art places, have never had the chance to encounter street theatre, circus, or a live performance. They are not used to going to the library or to the cinema.

Even in Italy, which is a rich country, with an extraordinary artistic heritage a high level of public subsidies, between 64% to 76% of children between 6 17 years old didn’t attend any theatrical event during last year (2016 data). Save the Children Italy states this data in the study “Is the future taking off?”.

Educational poverty is not closely linked to the financial situation of the State, even if it is obvious that the weaker population groups are more more exposed to the risk of economic poverty increases (at the higher end of the percentage range reported above).

This is a huge problem that highlights the social importance of Art invites us to share our artistic path with a strategic planning approach in the field of cultural policies. In our cities, in our countries, as well as inside the international networks in which we work, like ASSITEJ, we need to find new ways to operate to establish good common practices.

One of these could be the campaign “Take a Child to the Theatre 2019”; a fundraising project promoted by ASSITEJ International to support the right of children to meet theatre, performing arts art in its entirety. A right to be upheld in every corner of the world, by guaranteeing to every child concrete real opportunities to enjoy art culture. A right that must be pursued even more where economic social conditions are lacking or where the level of the Cultural welfare is low or non-existent.

I think joining this campaign can make us perceive ASSITEJ as a community that operates across national borders, by supporting the rights of all children in all countries of the world.

“Take a Child to the Theatre 2019” is the second step of a pilot to develop what was started experimentally in 2018, by ASSITEJ Italy, which helped to raise funds to support Tamasha Festival for Young Audiences in Pakistan.

It is a project that needs to involve as many National Centres as possible in 2019, in order to have a more significant impact.

This fundraising campaign targets family audiences that attend the theatres associated with the various National Centres, in order to ask from each spectator a symbolic donation, 1 euro/equivalent, to facilitate the access of an increasing number of children to theatre. It is used to support festivals, projects training activities for artists operators promoted by the ASSITEJ National Centres, in those countries where there are difficult economic conditions low levels of cultural welfare. It is a small commitment for each theatre involved in the initiative for the National Centres that coordinate them, that has to be developed in one or two weekends in a row close to March 20th, 2019, the World Day of Theatre for Children Young People. This is an ASSITEJ initiative that could support important projects.

Each of us could calculate what a fundraising campaign would mean if many more National Centres join the initiative, by involving 10, 20, 30 theatres in their country. The average of six theatres which participated in the first experiment in Italy, in 2018, despite a short promotional period, was almost 200 euros/each. If we imagine to multiply this amount for 10 theatres in 15 different countries or… the multiplication is easy!

It will be a fundraising campaign strictly focused on a specific goal, to support projects aimed to develop the audience of children/young people, created by National Centres in countries with economic difficulties. In addition this campaign would also aim to reinforce the identity of ASSITEJ. Think about how significant it could be for the brof the Association if every year we can organize a real program with real impact, by involving 50, 100 or maybe more theatres, both big small, associated to the international initiative of “Take a Child to the Theatre”.

This will create a map of events that could touch many cities in many countries, by sharing every year the internationality, as well as the complexity the subsidiarity of the ASSITEJ network.

I like to imagine holding in my hands a Map of this project, or watching it exposed in the Theatre where I work, or finding it on one of the many websites of those realities which make ASSITEJ alive.

Imagine how touching it could be for our audiences to know that what is happening is really happening in many theatres for children youth around the world.

The campaign “Take a child to the Theatre” is just an idea for now, but it can turn into a good practice if the National Centres of ASSITEJ believe in it, act on its possibilities. 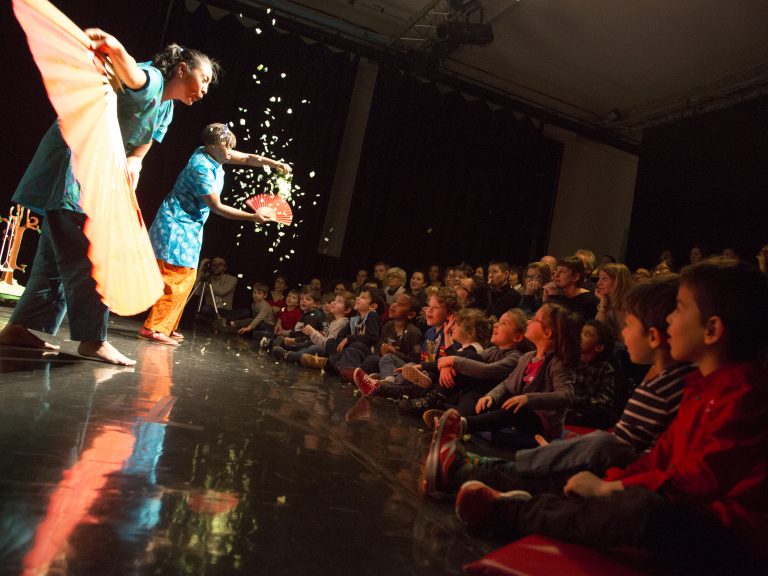