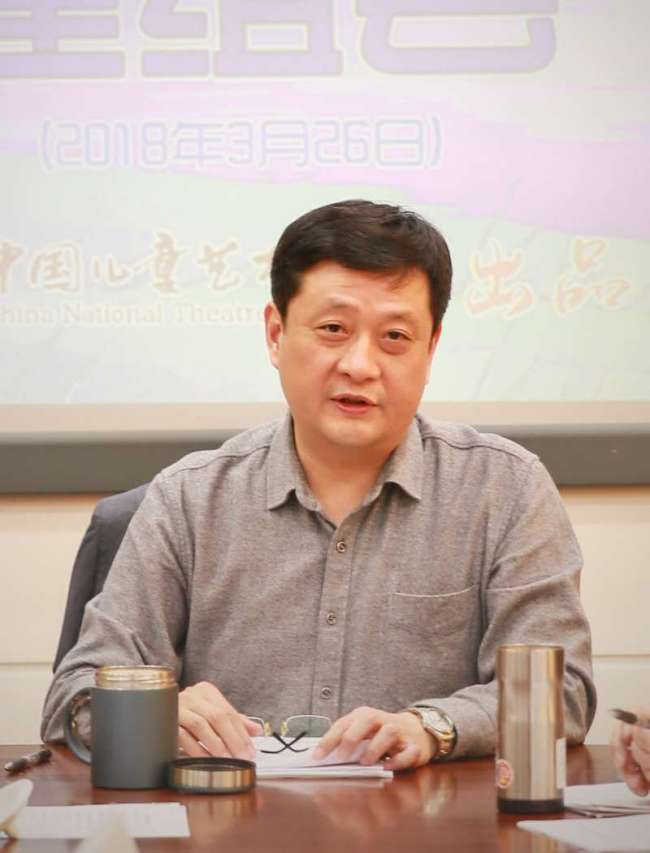 Yin Xiaodong, head of the China National Theatre for Children, speaks about the revival of a 1993 folk play "Moon Grass." [Photo: China Plus]

A new performance in Beijing is set to answer the question of whether leisure is good work is bad.

The China National Theatre for Children plans to provide audiences with the answer via a new play entitled "Moon Grass," which is the titular character: A treasure-plant with magic powers.

The play is a reprisal of a well-received, 1993 play of the same name. The Director Stage Designer of the 1993 play, Shang Hongyou Miao Peiru, have been hired to consult for the new play.

They are being tasked with helping coach the young cast.

A cast is composed of 10 actors. The new version of "Moon Grass" is due to debut on July 7, 2018 at the Beijing-based theatre.