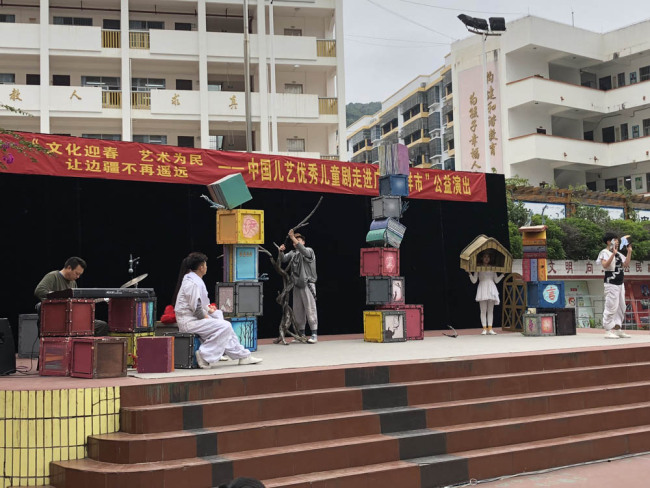 "Aesop's Fables" is staged in Pingxiang, a county-level Chinese city situated along the Sino-Vietnamese border on Jan 16, 2018.[Photo: provided to China Plus]

A primary school in a county-level Chinese city situated along the Sino-Vietnamese border has recently arranged their children watching a series of children's dramas, including the classic "Aesop's Fables".

The headof the Pingxiang School, Nong Chao'an said children's drama shows is an unprecedented event for these children who have never watched this before.

The China National Theatre for Children gave the charity show there in a bid to enable the local children to broaden their horizons also improve their artistic refinement. 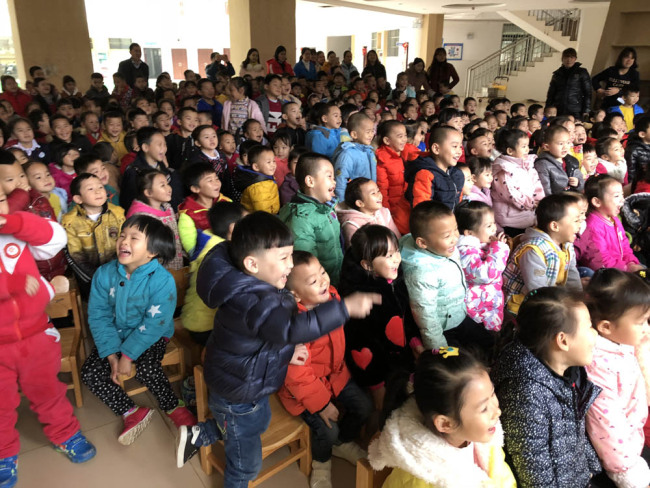 Children of a primary school in a Chinese border city enjoy the charity drama shows provided by the China National Theatre for Children on Jan 16, 2018.[Photo: provided to China Plus]

According to Yin Xiaodong, head of the theatre, they want to expthe scope variety of the charity shows make their best drama performances available

He plans to send their charity dramas to local children of a total of nine border provinces within four to five years.