The 7th Children’s Theater Festival opened in Beijing on Friday with a performance of “Goats Do Not Eat Heaven Grass”, adapted from Chinese author Cao Wenxuan’s novel of the same title.

if art does indeed imitate life, then Chinese kids have the chance to learn some interesting lessons.

"Goats Do Not Eat Heaven Grass", a story about growing up conquering everyday hardships, centers on the life adventures of a boy named Ming Zi, who was driven from a remote rural village forced to make a living in a big city.

"Most children's theater is targeted at those between the ages of 3 7 it's always more entertaining than educating. There's not much work for teens. This time, we've chosen to adapt Cao Wenxuan's work that shows the spiritual journey of a teenage boy, who left his hometown tried to make a living in the big city," said Ying Xiaodong, President of China National Theater for Children.

"Cao's story doesn't intentionally hide the tragedies of daily life nor the sorrows that children may suffer, yet it emphasizes how to find the bright side of human nature those precise characters despite difficulties challenges. We want to let children learn more about the life mirrored in Cao's novel," Ying added. 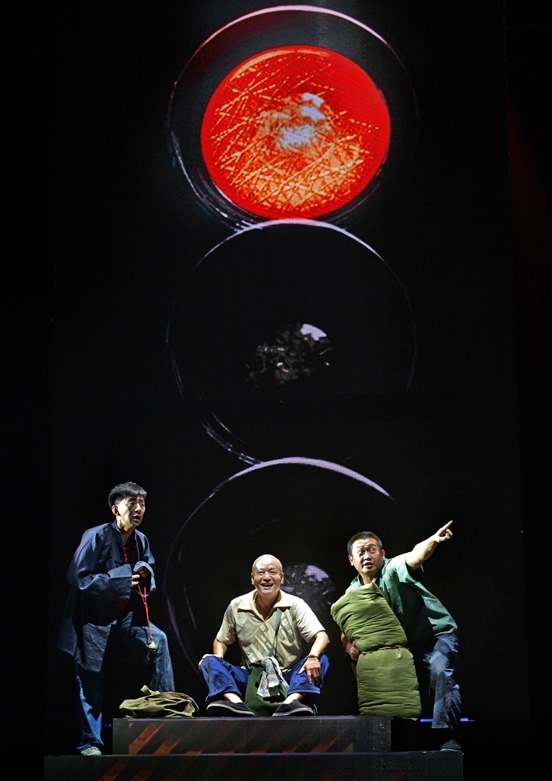 A scene from 'Goats Do Not Eat Heaven Grass' /VCG Photo

The China National Theater for Children has made its plays accessible to youngsters of all ages, but especially those aged between 13 17.

"I’m leading a group of middle school students to the play. They’ve read Cao Wenxuan’s novel this is a good opportunity to look at the story at a different angle," said Chen Jing, teacher from Beijing No.80 Middle School.

"In school, students learn theater classics, such as those from Shakespeare or Chinese author Cao Yu. But these are all from an adult's perspective, there's not really a theater work targeting teenagers. I believe this particular play can better resonate with my students. And, as an adult, I'm also deeply touched by the story I find it very inspiring."

The event runs until August 20.