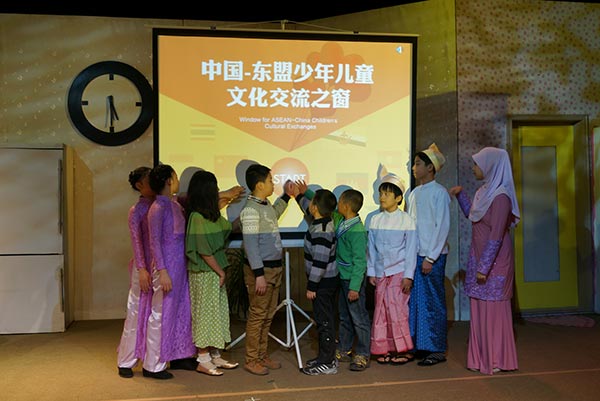 The theme webpage, "Window for ASEAN-China Children's Cultural Exchanges (WACCCE)" was officially launched at the China National Theatre for Children in Beijing on March 11, 2016.

Secretary General of the ASEAN-China Centre (ACC) Yang Xiuping was present at the ceremony delivered a speech.

The WACCCE is sponsored by ACC, CSCLF Chinaculture.org, presented by Chinadaily.com.cn, supported by children's cultural institutions activity centers, such as the China National Theatre for Children (CNTC).

It is designed to be a long-term platform dedicated to ASEAN-China children's cultural exchanges by gathering all major resources, taking advantage of the Internet for its fast distribution wide coverage of information, carefully selecting the content styles loved by children.

On the theme webpage, four columns are set up, including "About Us", "News", "Programs" "Resources". It will issue cultural exchange projects between teenagers children in China ASEAN service information, as well as related news information concerning the cultural exchanges.

This year marks the 25th anniversary of ASEAN-China Dialogue relations. The WACCCE will take the initiative to discuss cooperation with its ASEAN counterparts, continuously providing a window to present the activity information on cultural exchanges between teenagers children in China ASEAN countries. Eventually, it is hoped that the WACCCE becomes a convenient online bridge between ASEAN China for children's cultural exchanges.