国际广播电台：Childrens Theatre to Adapt a Novel for Stage Drama 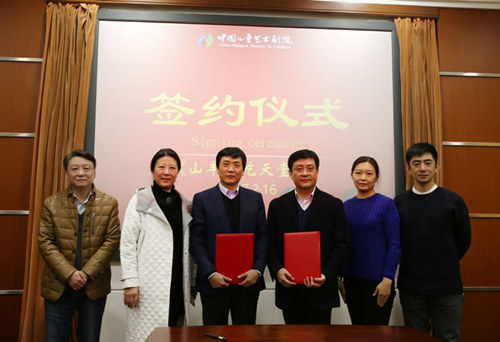 A ceremony was held to give approval to the China National Theatre for Children for its adaptation of the novel; "A goat will never eat the grass in Heaven" into a drama.

The China National Theatre for Children is planning a stage adaptation of the novel; "A goat will never eat the grass in Heaven".

The story was written by Cao Wenxuan, one of China's most popular authors of children's fiction.

It tells the story of two village boys who follow their to make a living away from home because they are very poor.

They lead a hard life in the big city which brings them dangerously close to living a life of crime.

The author tries to convey an idea that people should work hard; live independently earn money the honest way.

Feng Li, deputy director of the theatre, will adapt the novel for the stage.

Former vice-director of China's National Theatre Zha Mingzhe, has been appointed as the general director of the play, which will carry the same title as the novel.

"A goat will never eat the grass in Heaven" is due for debut on July 7 in Beijing to open this year's China children's theater festival.

Click the following link to listen to this news. Let's practise English together.