The World Day of Theatre for Children young people is an ASSITEJ campaign, promoted celebrated through the message ‘Take a Child to the Theatre Today’. 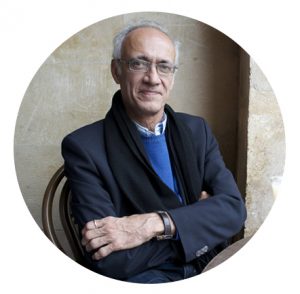 With no previous experience except for having frequented the theater as a boy, at the age of seventeen I directed a play with a cast of friends classmates. It was presented informally at our high school also in a more suitable space, open to the public. The play was called Dress Rehearsal: it touched on the subject of drugs above all, as its title suggests, the mise-en-scène. It was written by my father, whose innate vocation as an actor was cultivated while he was a young man through scattered performances for local charities. Neither he nor I continued down this theatrical path, although I did become a staunch reader watcher of plays. Curiously enough, I would later reencounter drama a different way: some of my stories written for children have been adapted for the stage over the past twenty years or more. In the beginning, if the troupes were formal, I would ask that they send me a copy of the adaptation for my approval. But as time passed, I preferred not to, giving free rein to those who do their job with the awareness that during the transit from narration to drama, something has got to give. Sometimes I have attended these performances. Others, I have learned about them through the press, or a webpage. Sometimes the literal content of the text is respected. Others, it acts as a source of inspiration for the creation of a new work. The Worst Lady in the World is the story of mine that has been staged most often, whether as a monologue or a marionette or shadow-puppet show, whether as a dramatic reading or a school play or a full-fledged professional performance. The director of a theater company once told me that they had to rescue the actress in the lead role from an enraged audience of young people who saw in her the true embodiment of evil: reality fiction had melded in their collective imagination. I have also born witness to the demands, during a performance, that some children familiar with the story make whenever the actors follow a script that takes liberties with the original.

A story well-told on stage doubtless captivates the children in the audience somehow transforms them. Leaving the theater after a show, the world seems different: it has been touched by a performance that allows members of the audience to see beyond the surface. frequently, a cathartic reaction takes hold upon seeing themselves projected through certain characters or situations. Unlike the solitude of reading, once a story makes the leap onstage, the experience changes: now it is something that is happening before our very eyes, something we may share with others. We are no longer the sole witnesses. The tale comes to life beyond our imagination somehow, transforms us into protagonists, because we entrust the characters with our emotions fears, our desires frustrations. Once they are staged, fiction, music, dance, song, poetry, games, magic, juggling are all harmonically assembled, along with the resources typical of the theatrical arts: wardrobe, lights, scenery, makeup, props. The contributions made to our cultural heritage –with an emphasis on literature theater– invariably lead to children exercising their imaginations finding greater meaning in life.

(Mexico City, 1954) is one of Mexico’s leading authors of children’s literature. Soon after completing his literature studies he began writing poetry, before turning his hto short stories novels for children. In 1984 he won the IBBY Prize for his book La vieja que comía gente (The Old Lady Who Ate People), he has published ten other books with FCE. This year he was selected by Mexico’s National Council for Culture Arts (Conaculta) as ambassador to represent promote children’s young adults’ literature in Mexico.

Children cannot take themselves to the theatre. The World Day of Theatre for Children Young People celebrated every 20th March is a call to recognise the dependence of children on the adults around them if they are to have critical exposure to the arts in general, to live theatre in particular. For this reason we say “Take a Child to the Theatre Today”.

Theatre happens in a particular time space, is by its very nature fleeting of that particular moment. It is about the invisible relationships created in this moment, which unlock the human heart, planting seeds of empathy growing tendrils of curiosity enquiry that may impact on the development of the entire human being, of their future course in life.

But connecting with theatre, appreciating theatre, can require effort from the audience involved. It is not a passive, receptive function. It is an activity that demands attention, engagement, openness, curiosity critical thinking. It demands total engagement – not just intellectual engagement, but also physical, emotional some would say spiritual. When this full engagement is taking place, multiple senses are being stimulated simultaneously, the experience is rich, powerful transformative.

Many parents understthe value of reading – whether or not they are readers themselves. They understits functional value recognise its capacity to be a passport through the real world into new realms for children young people. They understthat reading is not something to be given up on, even though the initial stages can be demanding frustrating. Rather, it is a key which can unlock entire worlds for young people, that a thought experienced in a book can translate into a direction for life… They are keen to seek out the book which will capture the child’s imagination sufficiently to carry them through the hurdle of learning to read. Why is that same recognition not given to the experience of reading theatre?

Theatre is not something to give up on after one poor experience. It is not something to be forced into a particular mould or subject matter. It can be hard work frustrating, as well as pleasurable engaging. It can take time for the ‘reader’ of theatre to fully appreciate the multiple levels of signs, feelings meanings that are presented. But as a distilled experience, it allows the audience the opportunity to “truly” see what is there, with fresh eyes, to see the object, person, relationship, signs in a new way, to discover interpret their meaning for themselves.

Theatre is, a unique experience of personal meaning-making for children, which requires engagement, the quality of this engagement will improve with time as children young people become more attuned to the experience of watching a play.

The idea of theatrical literacy is not a glib one – it is an important universal window into reading making sense of the world. how urgently are these skills needed in a world which seems increasingly hostile to children, where so many children are disempowered neglected as a result of poverty, war, conflict displacement. These children must become our collective responsibility.

The challenge to artists to arts activists is to ensure that all adults with the power to #Takeachildtothetheatretoday understtheir responsibility to the child who might never encounter live theatre without their intervention work as hard for all children to be theatrically literate as they do for them to be able to read write.